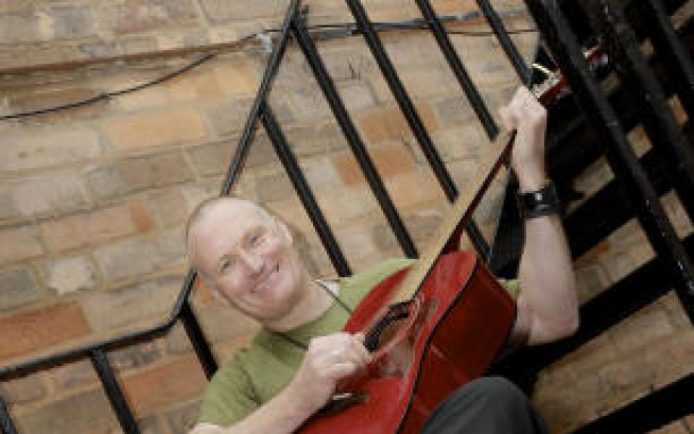 A SONG made famous by Bromsgrove’s ‘Busking Bobby’ has been included in a play which has been created to raise awareness of the increasing levels of homelessness, writes Ryan Smith.

‘Pleasure’ by former police officer Ian Northcott BEM has been included in the production of ‘Streets Apart’ in recognition for the work done by his charity ‘Socks and Chocs’.

The organisation helps out the homeless by providing them with item, such as socks, other essential clothing and toiletries, to make their lives more comfortable.

The song was originally uploaded to YouTube in 2012, with Ian asking young artists to cover it to raise awareness for the charity.

Now the play Streets Apart has been written by Stratford-upon-Avon by playwright Jackie Lines who was inspired by Ian’s contributions in the battle to stop homelessness.

Jackie Lines said: “Socks and chocs philosophy of a lot of people doing a little bit is better than a few doing a lot is exactly what is needed in this community.”

The play follows the traumatic lives of the homeless and the fight that they face for survival, as well as the looking at their back stories and the decisions that led to their situations.

It will be performed at Stratford Playhouse on April 6 and 7 as part of an event that will see the arts show their support for people who are currently homeless.

Local homeless support agencies and charities will also be present at the event.

Jackie added: “The stories I heard were heart-breaking but each time someone gave me an open description of how they came to be in their situation, I knew that these good people deserved more.”