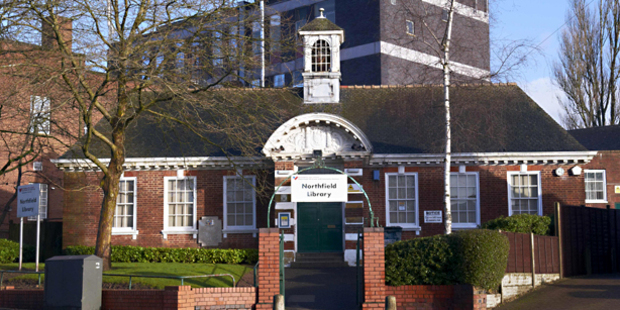 CHANGES are being made to Birmingham’s Community Library Service which would see a reduction in opening hours for both Northfield and Frankley libraries.

Under the changes being undertaken by Birmingham City Council to save £1.9million from the budget by 2018/19 the Northfield Library, Church Road, is considered a ‘Tier 1’ library and Frankley in the Tier 2 bracket.

It means, should the proposals be given the go ahead by the council’s cabinet on Tuesday (February 14), Northfield would open for 35 hours a week, rather than the 39 it is now. Self-service equipment will be installed.

Frankley would be open for 21 hours, rather than the current 21.5 it is now although council bosses say there could be other options, such as ‘working with partners’ which could see an increase in those hours.

Across Birmingham the number of full-time library staff would be reduced from 112 to 99 but, council chiefs say, that is up from the original proposal of cutting to 88.

In addition to that, there would be an investment of £800,000 in new technology to improve self-service facilities for library users.

Coun Ian Ward, Birmingham City Council’s deputy leader, said when the public consultation was launched last year he made it clear it was a genuine chance to ask residents for their ideas to deliver a library service within the financial constraints the authority was having to operate under.

“I am delighted by the engagement we have had through our series of public meetings, consultation survey, petitions and other channels.

“Almost 2,000 formal responses were received, which confirms how well-regard the city’s service is – and by working collaboratively we’ve been able to come up with revised proposals that address our challenges and broadly meet the wishes of partners and citizens.”