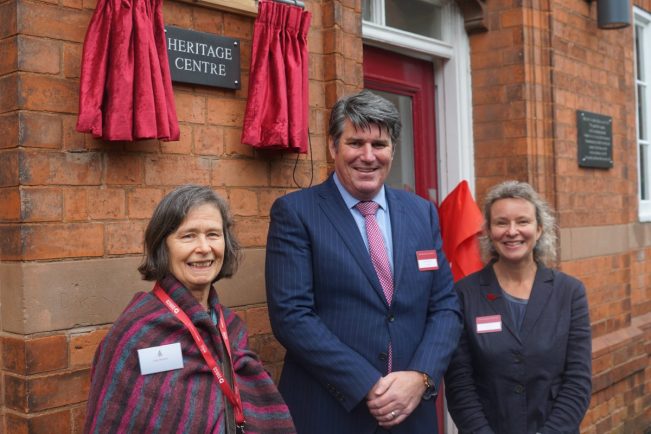 A NEW Heritage Centre has been officially opened at Bromsgrove School.

The venue – which charts a century of history of both the school and the town – was unveiled at an event attended by Old Bromsgrovians, parents, governors, and many others.

Those gathered were delighted by the heritage they saw – whether they were finding themselves in a whole school photo, interacting with history screens, admiring the Expedition Sledge, or chatting over the past. There was something for everyone to marvel over.

Nikki Thorpe, school archivist, said one of the most exciting conservation projects was the work on Scott’s Antarctic Sledge.

“We have been lucky enough to have the conservation expertise of Pieta Greaves, from Drakon Heritage who has previously worked on the Staffordshire Hoard at Birmingham Museum and Art Gallery.

“Pieta spent two weeks with us working on the sledge in Old Chapel to clean it and consolidate pest damage, breaks and loose supports and treat red rot to prevent further deterioration.

“It is now gleaming in its bespoke display cabinet, the centre piece of the new Heritage Centre.” 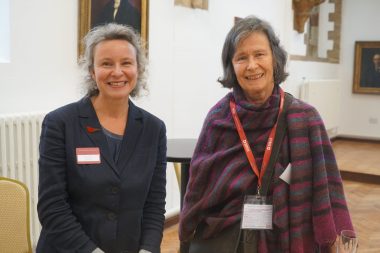 Nikki herself summarised the event by saying it was fantastic to finally have the Heritage Centre officially opened and to see people enjoying the archive space, exhibition, sledge display and each other’s company.

“It has been such a privilege to have worked on this project giving value to the lives of Old Bromsgrovians over centuries.

“I am so thankful to my predecessors for their School Archive collecting and excited for the future of this living archive and the many opportunities we now have to share stories of our school community.’

Judy Skelton, who opened the Heritage Centre, is the granddaughter of OB Reginald Skelton (Old Bromsgrovian), the Chief Engineer on Scott’s Discovery Expedition, 1901 to1904.

Judy has co-researched and co-edited two books on the expedition and subsequent sledge trials and transcribed and published her grandfather’s journals, of the Discovery Expedition – ‘The Antarctic Journals of Reginald Skelton’. Her project has made the journals publicly accessible outside of a record office for the first time. 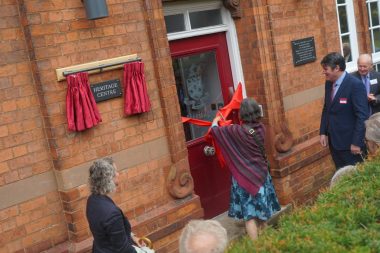 The school is keen to engage students, staff, and the wider Bromsgrove community to engage with the unique collections and to continue to capture the history of the school and its community for future generations.

The school is thankful for everyone that came to the opening of the wonderful new centre, and cannot wait to welcome many more visitors in the future.

As Bromsgrove School Archive and Heritage Centre is in the centre of the school, access to the archive is in consultation with the archivist.

Anyone wanting to view it should email archivist Nikki Thorpe at NThorpe@bromsgrove-school.co.uk for further information.

Our grateful thanks to The Bromsgrove Standard for this news item