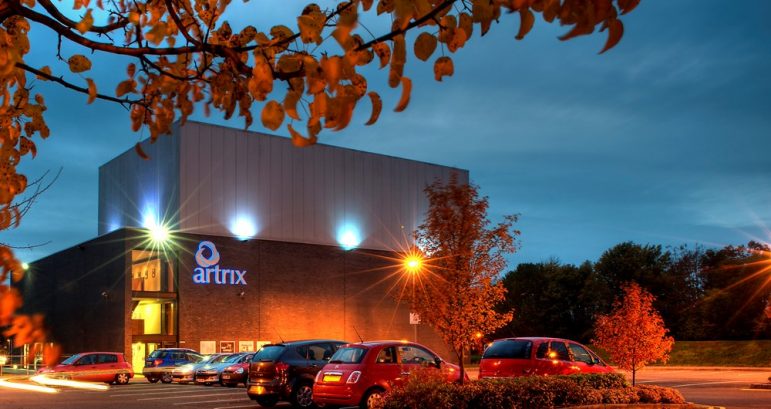 CONTROVERSIAL charges are being introduced at Artrix’s car park which has always been free since the centre opened 14 years ago.

Heart of Worcestershire (HoW) College, which owns the car park, said the move, which comes into force from September 1, was needed to generate funds amidst a 30 per cent cut in its budget over the last decade.

The fees up until 7pm each day would be comparable to Bromsgrove District Council’s current town centre car parking charges, currently around 80p per hour.

While many people might go to see shows at Artrix in the evenings, there are a variety of sessions which take place during the day and would be affected by the introduction.

Among them are dance classes, including dancefest, belly dancing and Chance to Dance, youth theatre sessions, the little and junior Songstars Choir, the singstars choir and Silver Singers.

A spokesperson for the HoW College said: “Despite the pressures, Heart of Worcestershire College has looked to support the local arts community by giving partners time to look to secure alternative revenue streams before considering applying charges for the use of the College car parks.

“HoW College has to maintain, insure and light these car parks.

“The college needs to secure additional revenues to support its mission to provide high quality technical and vocational education opportunities across Worcestershire.

“Charging the general public to use certain car parks where the college has excess capacity is necessary.

“These charges are aligned to those the local council charges for use of its public car parks.”

Artrix director Angela Galvin said she was concerned about the impact the charges could have on people coming to the centre in the daytime and may lead to a loss in bar profits as some people who turned up early to shows to have a drink beforehand may turn up in time for the show.

But she refused to criticise the college over its plan.

“The college has faced draconian cuts as we have – we have lost £100,000-a-year which we used to receive from the council.

“Sadly nowadays, free parking is the exception, rather than the rule.

“We are confident our programme is exciting enough for people to still want to come here.

“The Bromsgrove community has always supported us and we hope they will still come down when they see what we have planned.”

She added she had spoken to the college about passes for the staff and volunteers over daily daytime charges and was hopeful an agreement would be reached for passes.

And she said the college moving its performing arts students from Bromsgrove to Worcester had also hit its revenue stream as it no longer received cash from the college for letting it use the space for lessons, sessions and performances.

Bromsgrove Arts Alive (BAA) has expressed its disappointment at the policy change.

In a letter to The Standard this week, Steve Cowperthwaite writing on behalf of BAA, said the organisation was dismayed by the fees.

“Bromsgrove is so lucky to have an arts centre like Artrix.

“Local orchestras and choirs have enjoyed using its facilities.

“With Artrix being outside the town centre we have been fortunate that it has always enjoyed ample free parking.

“Artrix has been creative in its programming and planning to cope with major funding cuts in recent years.

“We sincerely hope that visitors to Artrix are not deterred by an hourly parking charge.”

WHAT do you think about the proposed car parking charges? Do you agree the college should charge to negate cuts? Or maybe you believe other methods could be found to raise revenue? Will you be one of those hit by the fees? Email us your views to editor@bromsgrovestandard.co.uk