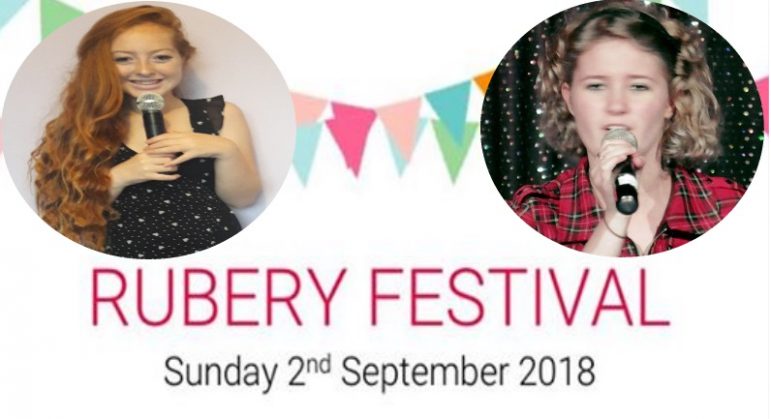 THERE was plenty of tough competition at this year’s Rubery’s Got Talent.

Charley Thompson took the title in the older section singing Never Enough from the Greatest Showman and Home from Beauty and the Beast.

Tammy More, 12, won the juniors event by performing Dream a Dream and I Will Always Love You.

Both will perform at this Sunday’s Rubery Festival in St Chad’s Park.

The event will get under way at midday with a parade from the Royal British Legion to the park.

As well as the singers there will be a host of other performers, including other singers, dancers and jugglers, along with charity stalls, a train ride, children’s rides and a bouncy castle.

The event starts at midday with a parade from Royal British Legion.