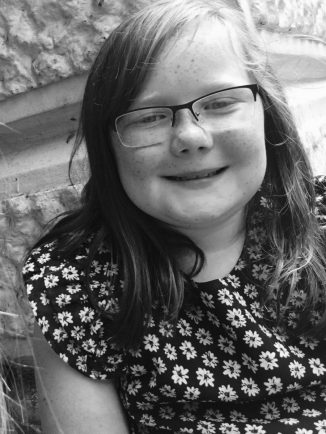 A BROMSGROVE girl has landed a lead role in the upcoming Nativity! The Musical which begins in Birmingham in October before touring six different theatres nationwide, including the prestigious Hammersmith Apollo in London.

Amy-Louise Mulhall, nine, was handed her principal place back in July and started her rehearsals this week.

Amy began her acting career from the age of seven when she played orphan Molly in Annie in 2016 at Redditch’s Palace Theatre.

In preparation for her latest role Amy took part in a talent show at John Fowler Holiday Park and won her age category singing a cappella for a performance of ‘Maybe’ from Annie. Her portrayal won her a place in the finals and a holiday to compete there.

Amy, who attends the Pauline Quirke Academy every Saturday, loves acting and singing and also recently played a role in Peter Pan at The Palace Theatre.

She said she was really looking forward to the journey Nativity would take her on, describing landing the role as ‘a dream come true’.

Her dad Frank Mulhall, who owns Bromsgrove Doors and Windows, said: “All of Amy’s family and friends are extremely proud and excited about her role and can’t wait to see her, some already have bought their tickets.”

Visit https://www.birmingham-rep.co.uk for more information on the show.