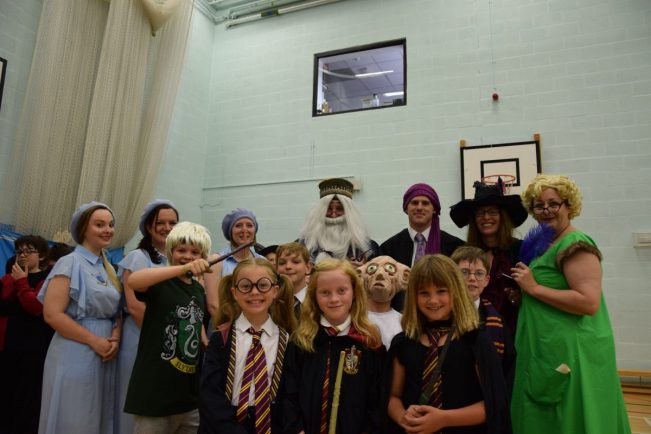 STUDENTS from Bromsgrove Prepatory School held a special event to celebrate the 20th anniversary of the first Harry Potter book The Philosopher’s Stone.

The school was turned into Hogwarts for the day with everyone joining in the fun.

The day started off with a procession of costumes which saw pupils dress as their favourite characters, staff even got involved with the day’s celebrations.

The theme of Hogwarts was really embraced as in PE quidditch came to the fields, wands were made in art, potions were put together in science and even platform 9 3/4 appeared outside the English department.

Then lunch had came around where a feast fit for Harry himself was prepared. That included authentic Bertie Botts every flavor beans.

The food was appropriately labelled with worms and hippogriff eggs being some of the unusual treats on offer.

Strange things occurred in the library too as new book categories appeared and competitions were held.

Despite the unusually hot weather the costumes and high spirits held up all day .