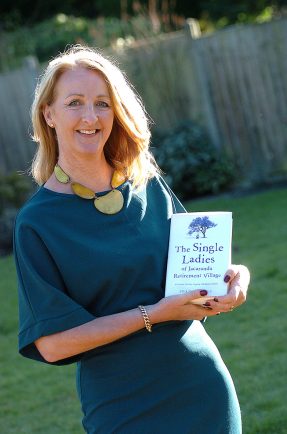 A BROMSGROVE dad is bursting with pride after his daughter released her first novel.

Her new book ‘The Single Ladies of Jacaranda Retirement Village’ is based on Joanna’s experience working as a doctor at a retirement home in Australia.

“Me and Joanna’s mum bought her a typewriter when she was eight years old because we could see how much she loved writing,” said John.

“Her first draft story was about a pony club which I still have in the garage.”

But despite her natural writing ability Joanna chose a different career path and became a doctor after studying at Bromsgrove School and Cambridge University.

Later on Joanna took a job on a cruise ship where she met her husband who was an on-board engineering officer at the time.

Together they decided to emigrate to Australia, with Joanna eventually becoming a GP at a doctors outside of Sydney.

“She finished her first book but it was never published.

“Joanna was very new to the industry at that point and it was a learning curve.

“But with her second book she found great success.

“Her inspiration for the story came from the patients she met while visiting an elderly retirement home.

“We are incredibly proud of our wonderful girl.”

The Single Ladies of Jacaranda Retirement Village tells the story of beige widow Peggy Smart as she unleashes her secret fantasies.

For more information head to www.joannanell.com or order the book online at Amazon.

REprinted by kind persmission of The Bromsgrove Standard