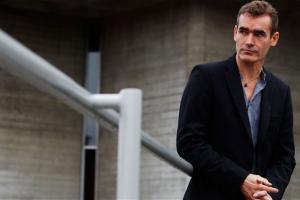 Rufus Norris grew up in Africa and Malaysia, attended North Bromsgrove High School and Kidderminster College of Further Education, and later trained as an actor at RADA before turning to directing.

In March 2015, he replaced Nicholas Hytner as Artistic Director of the National Theatre. During his first season he directed a new version of the medieval play Everyman and the premiere production of a new musical, Wonderland, by Damon Albarn. 2015 also saw the release of his film of London Road, starring Olivia Colman and Tom Hardy.

Single Tickets, £15  subject to availability, can be purchased from the Ticket Secretary, WORDS,

The Autumn Newsletter for BAA has been produced as an e-edition. It is available here: BAA-Autumn-2020
...

THE STORY of an 18-year-old girl struggling to come to terms with the loss of her family in a terrorist attack forms the plot of
...

THE first drive-in cinema at Sanders Park has been hailed a success by Bromsgrove District Council after it was visited by more than 1,000 people.
...