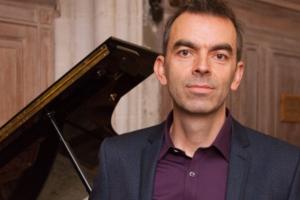 Bruce is Head of Music for the RSC, and has worked on numerous productions from the Shakespeare repertoire as well as The Christmas Truce, Morte d’Arthur, Hecuba, Women Beware Women and the musicals Merry Wives and Matilda (original Stratford production/Cambridge Theatre, West End/UK cast album).

OTHER WORK INCLUDES: Orchestral piano and celeste with the CBSO; broadcasts onRadio 3 of the Poulenc Sextet for the ‘Ensemble’ programme, and live from the Royal Albert Hall performing Berlin cabaret songs with Mecklenburgh Opera at the Proms; also on Radio 2 with The Red Lemon Electric Blues Band, and performances with them at many festivals and venues including Cork International Jazz Festival and as support for the Chuck Berry UK tour.