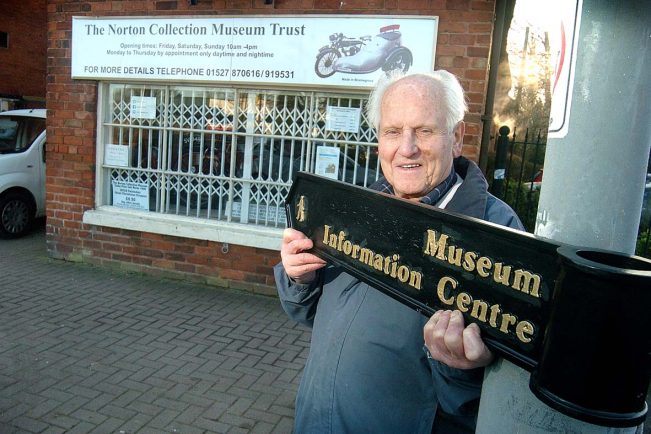 A TALK on ‘The Life of Dennis Norton and his Collection’ will be given by the man himself at the Bromsgrove Methodist Centre.

The event, organised by The Bromsgrove Society, takes place at 7.45pm on January 21.

Mr Norton received the British Empire Medal in 2017 for ‘Services to the community and heritage in Bromsgrove’.

In the past 70 years he has collected thousands of historical items relating to Bromsgrove and its history and in 2016 opened The Norton Collection Museum on the Birmingham Road.

The former Bromsgrove District Council leader also wrote his autobiography – ‘The Man Who Adopted Bromsgrove’- which was released in 2017.

It detailed his childhood, his work life at Longbridge and his life in politics.