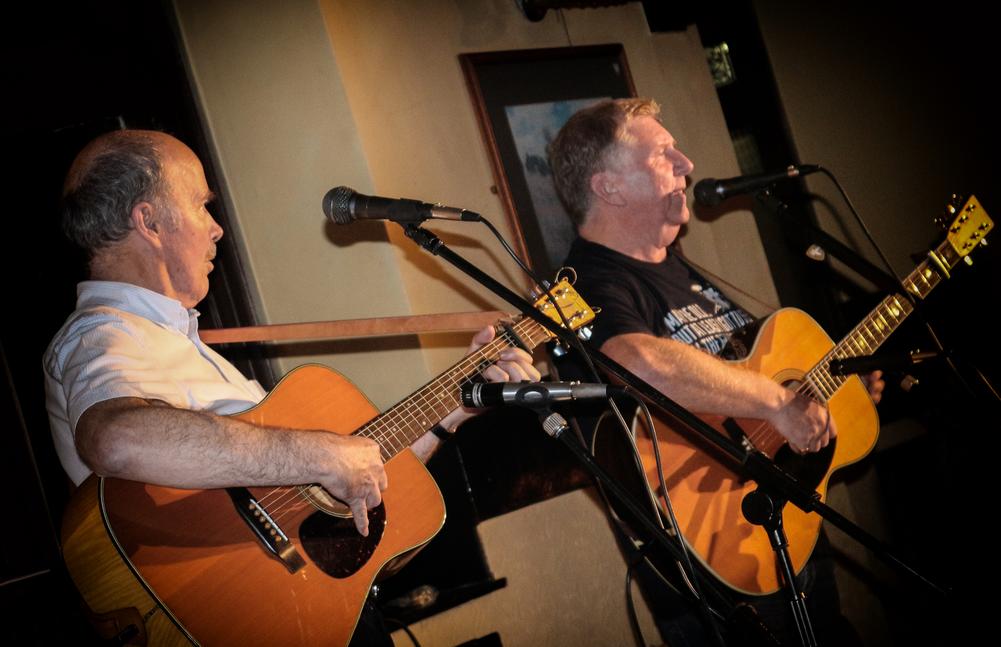 Stalwarts of the 70s and 80s Midlands folk scene, John McGowan and Chris Laverty are Malfunction. They made their debut as Malfunction on March 26th 1976….so their 42nd anniversary has been and gone!!

That said they still exude the same professionalism, musicianship and sense of fun as they did all those years back. Lifting their material from 60s and 70s pop and folk and country music they also feature great original songs from stalwarts of the folk scene over the years – in fact anything that can be played on two guitars with an occasional bit of mandolin thrown in and that features two voices which are now dropping a bit with age might get the Malfunction treatment!

A great night in prospect!!