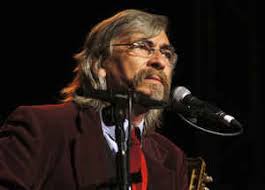 John Tams described by Mojo as 'one of the ultimate British songwriters' has had a career spanning four decades in every medium. Amongst many other achievements he was "song maker" for the stage production of the National Theatre's War Horse

A former member of the Albion Band and Home Service he is perhaps best known to the general public for his work at the National Theatre and as Rifleman Daniel Hagman in the Sharpe television series. He is a five times winner of the BBC Radio 2 Folk Awards………..one of which was with Barry Coope (best duo) who will be at John's side tonight.

Bromsgrove Folk Club is honoured to present these two fine musicians for your enjoyment.