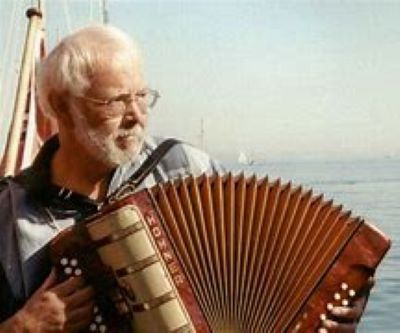 Catshill Social Club, Meadow Road, Catshill, Bromsgrove, B61 0JJ
A night of great stories and music featuring John and Janie’s songs inspired by the sea and John’s home town of Grimsby including his legendary composition “Fiddlers Green” together Janie’s songs from her home in Chesapeake Bay combine with the formidable talent of former Battlefield Band stalwart, Robin.
Please note that we are collecting for HomeStart again this year BUT they have, because of problems concerning Covid, requested that we do not supply gifts as in previous years. We will instead be making a donation to their Christmas fund.
Please either put money into the bucket provided at the club OR you can donate the money you would have spent on a gift (or more if you feel able) via BACS to Sort Code 20 98 61 Account number 00143987 using the reference HomeStart/your surname
A little more information for you…..JOHN CONOLLY plays guitar and melodeon, and is an internationally-known
singer/ songwriter. His songs, many of them inspired by the fishing heritage of the East coast of England, are known and loved all over the world, and he has performed them to far-flung audiences from Chicago to California, and from Brittany to Bermuda. . . John’s best-known songs, like “FIDDLERS’ GREEN”, ”THE TRAWLING TRADE”, “PUNCH AND JUDY MAN” and “THE WIDOWMAKER” have been performed and recorded by many famous artistes, but there is always a special buzz in hearing them sung by the man who wrote them!
ROB van SANTE is a Dutch-born singer and guitarist of great skill and subtlety.
His mother was a child prodigy of the concert piano, so it is no surprise that music has played an important part in his life. He has worked with many well-known names on the Folk Music scene, and toured the world for 13 years as the Sound Engineer for the famous Battlefield Band from Scotland.
JANIE MENEELY was born and raised on the Chesapeake Bay, a magical estuary on the Eastern seaboard of the USA. An experienced sailor and professional boating writer, she brings a distinct nautical perspective to the evocative songs she writes and sings, which range from the raucous ruminations of mischievous mermaids to authentic celebrations of the lives of those who live by “working the water”.
JOHN,ROB and JANIE have toured successfully in the USA and UK , and are looking forward to bringing their music to YOU !!

All and Sundry - Peter Pan

Cobham Theatre, Bromsgrove School Pantomime returns with the timeless story of the boy who wouldn't grow up. Matinees 18th and 19th December at 2.00pm Evening
Contact and more...

Catshill Social Club, Meadow Road, Catshill, B61 0JJ A night of merriment and festive cheer featuring Bromsgrove Residents, Fairfield, a host of friends and, of
Contact and more...