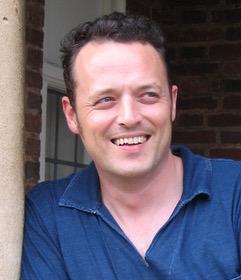 Peter Lloyd, the Series Producer of the award winning and long running BBC 1 Television Series, “ Doctors “, which is made in Birmingham, will talk about the process of bringing the daily show “ From Script to Screen “ and the particular challenges of producing the show during the Pandemic.
Peter was educated at South Bromsgrove High School and Aberystwyth University.  He joined the BBC at Pebble Mill in 1997 and, during his career, has worked as Script Editor on “ Dalziel and Pascoe “, “ Dangerfield “, “ The Scarlet Pimpernel “ and two series of the Afternoon Plays.
Tickets are £15.00 each and are available via the Ticket Source Website – www.ticketsource.co.uk