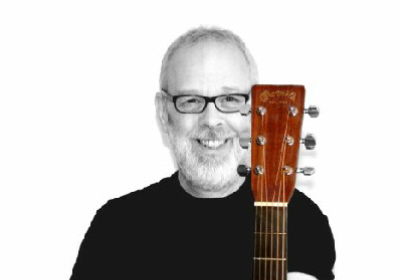 The wizard o’ Wanlockheid, Dave Gibb, will be delighting the audience at Bromsgrove Folk on Thursday 27th February.

Dave has a warm earthy voice that lends itself to a diverse handful of traditional and contemporary covers as well as his own narrative-based material, inspired either by real events or his inquisitive imagination, all accompanied by a fine, restive, fluently nimble, acoustic guitar style based on the the finger picking styles of the heroes. that is alternately bluesy, folky, jazzy or straightforward head-down-and-stuff-the-subtlety finger picking.

Lyrically Dave is a storyteller who is determined to maintain the art of storytelling through song. Musically he draws on both traditional and cont…emporary sources and his rapport with his audience is second to none as he alternates the music with plenty of anecdotal, variously tall tales and occasionally ribald banter.

Dave has numerous CDs to his credit and is a former winner of the Danny Kyle Open Stage Award at Celtic Connections.

Bromsgrove Folk meets at Catshill Social Club, Meadow Road, Catshill, Bromsgrove, B61 0JJ. No membership is necessary. The doors are open from 7.30pm and the music starts at 8.00pm. For more details visit www.bromsgrovefolkclub.co.uk or call Bob on 07828 716842 or email bobcynfolk [at] aol [dot] com

Bromsgrove Methodist Centre Speaker: Richard Churchley Bromsgrove Society member, editor of the “Feckenham Forrester” and local historian, Richard will take us back to who and
Contact and more...