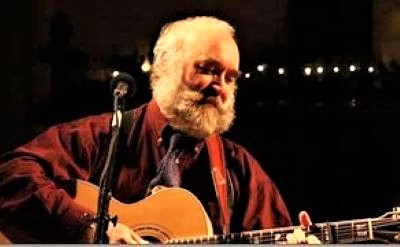 Canada’s Dan McKinnon is blessed with a gorgeous baritone voice, an exceptional command of phrasing, light and shade, combined with fine guitar playing and masterful storytelling.
While hitching a ride to a folk festival in 1979, Dan was introduced to Stan Rogers’ music. That brief encounter would never leave him, and, although it wasn’t until several years later when in the midst of his history degree that Dan would finally marry his own natural storytelling voice and love of music, it was hearing Stan sing for the first time that remains his largest influence.
That said, Dan is by no means a Stan Rogers’ tribute act. His own songs and stories, told in a truly inimitable style are a joy.
Log onto http://www.danmckinnon.ca for more and www.bromsgrovefolkclub.co.uk for details of this and future Bromsgrove Folk Club shows