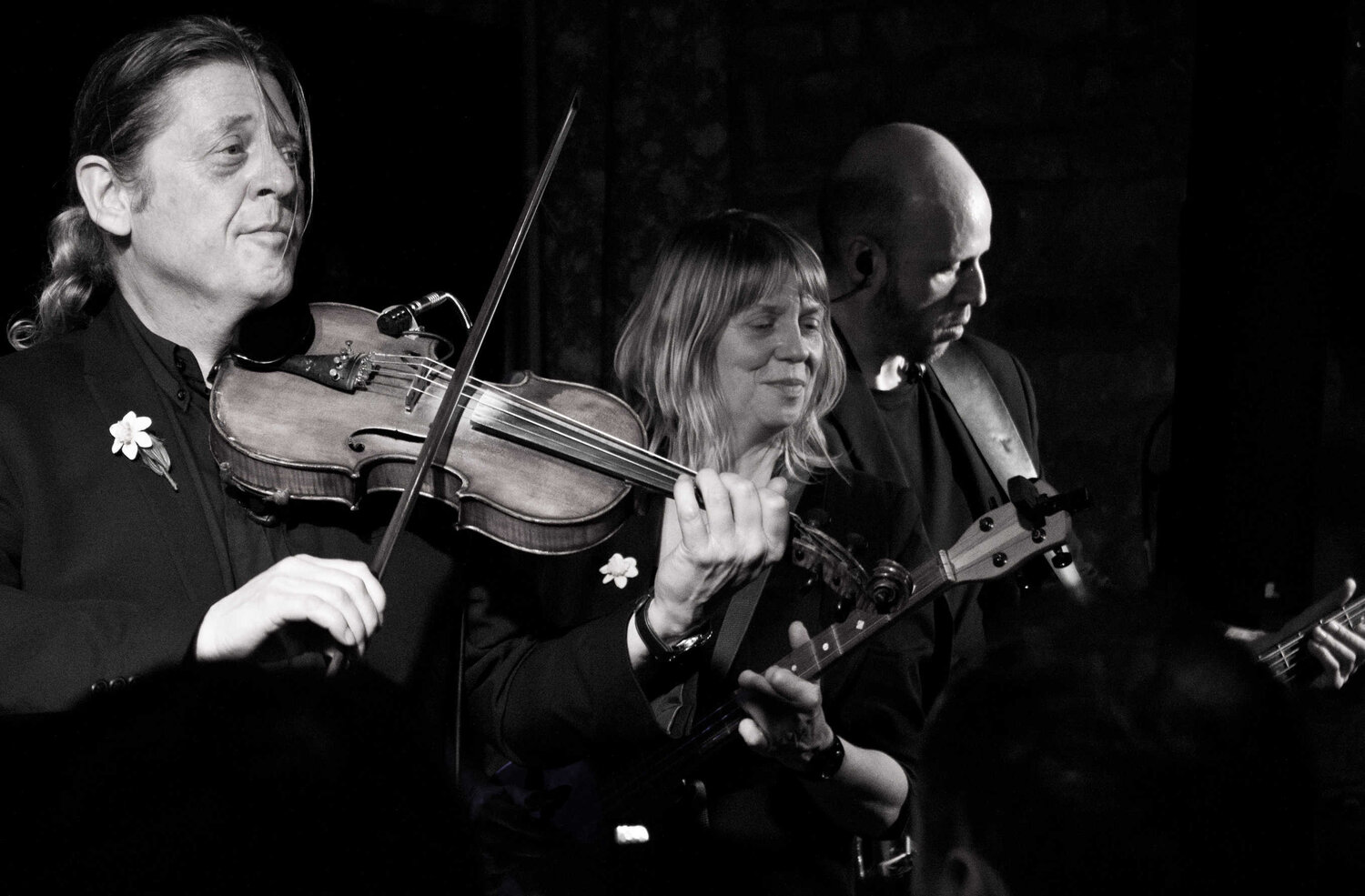 The Churchfitters is a folk band like no other. A double bass made out of a saucepan. Heart-wrenching vocals accompanied by a musical saw or a glass harp. Foot-stompingly fast fiddle mixed with infectious funk-rock rhythms. And traditional tunes reinvigorated with mesmerising jazz sax.

The three virtuoso musicians from England and France strut their stuff on a stage that bristles with instruments – adding flute, banjo, dulcimer, tin whistle, guitar, ukulele, electric hub-cap bass-bouzouki and a sackful of percussion to their ensemble. And let’s not forget the unique ‘bing-bong’ machine made out of hack-saw blades.

Throw in some exquisite harmonies, a slew of startlingly original songs and a few jokes that create instant rapport and you’ve got a high energy show that always leaves audiences cheering. How do you adequately describe such a musically diverse, uplifting band? You leave it to Mike Harding, a self-confessed ‘huge, huge fan’. He calls their music ‘totally brilliant and beautiful’.

‘Like Annie Lennox in full flow’ (Fab Nights Productions) – Londoner Rosie Short’s achingly beautiful voice is equally at home singing husky blues, plaintive femme folk or ethereal originals. A talented songwriter, she’s also a ‘one woman orchestra’, deftly swapping between flute, saxophone, banjo, tin whistle, dulcimer, ukulele and any number of things you can shake, rattle, or whack with a stick. Rosie’s brother Chris is a feverishly fast fiddler who has the annoying habit of getting people, who were sitting quite comfortably, out of their seats and dancing. When required, he also plays slowly and most of the other speeds. A mean mandolin player, he sings great vocal harmonies too. Finally, he’s a raconteur with a great sense of humour – but then you need that if you play the musical saw.

Part bass player, part mad inventor, Boris Lebret from Lannion (France) hates to play a regular instrument when he can cobble together a better one out of scrap metal. Like when he discovered four strings weren’t enough for his driving bass rhythms, so he simply reached for the Black & Decker and bolted on another two.