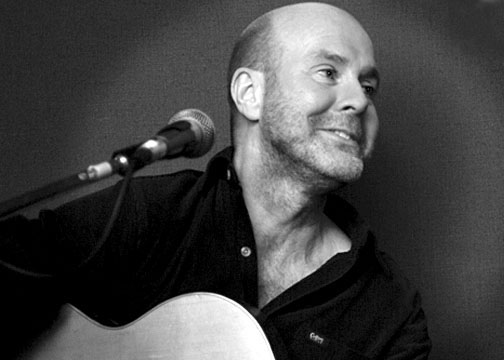 Kieran Halpin is equally at home playing to a small folk club audience and a large festival crowd. He is also one of the hardest touring musicians on the scene today with upwards of 160 shows per year all over the world.

If the mark of a great songwriter is the number of artists singing their songs – then Kieran Halpin must be considered a great modern writer of songs. There can be few writers on the acoustic/folk  scene in Europe today who have had more songs covered. Names like Vin Garbutt, Dolores Keane, The Battlefield Band, Ilse De Lange, John Wright, Flossie, Niamh Parsons, Chris Jones and countless more have recorded his songs. In fact his songs can be heard in folk clubs, pubs and festivals all over the world sung by the famous and not so famous. Often the songs are better known than the writer himself! Some have been translated into German, Finnish and Spanish! He has recorded albums in his native Ireland, Scotland, London, Nashville, Oxford and Sydney.

Whilst his albums are always something to look forward to it is live on stage where Halpin makes his mark. Powerful and passionate, intimate and intense, he is impossible to ignore. He has managed to marry his intelligent and thought provoking lyrics with great melodies and has developed over the years into a writer with a unique style. All this is underscored by an incisive wit in his introductions which helps an audience understand where the song comes from and hint at where it might be going.