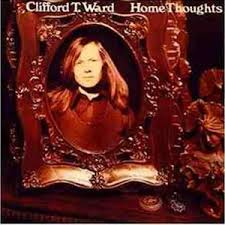 Following opening sets by resident band, Fairfield and local young singer/songer Mark Barratt, The Robinson Stone Brothers will present a tribute to Clifford T Ward who would have been 70 years of age this year.

Following a not too successful career in the music business Clifford qualified as a Teacher and took a job at South Bromsgrove High School teaching English and Drama. Whilst he was there he wrote and recorded a single, Gaye, which took the music world by storm selling over a million copies worldwide. His album Home Thoughts received like acclaim.

In 1984 Clifford was diagnosed with multiple sclerosis and, although he continued recording, his life changed completely. He contracted pneumonia in 2001 and after several weeks fighting the disease, died at 9.00am on Tuesday 18th December 2001